Campos del Renacimiento (‘Renaissance Fields’) emerges from the merging of Becerril de Campos, Paredes de Nava, Cisneros and Fuentes de Nava’s Parrish Museums into a single exhibition tour, which meant the rearrangement of a vast priceless Renaissance artistic catalogue. This merging into a single Territorial Museum led to the creation of a 50-kilometre tour that will take us on a trip through the five phases around the five church-sites of the museum: St. Mary’s Church in Becerril de Campos; St. Eulalia’s Church in Paredes de Nava; St. Peter’s Church and St. Facundus & Primitivus’ Church in Cisneros and finally, St. Mary’s Church in Fuente de Nava. Themselves being already appealing monumental attractions, these five sites also house a myriad of paintings, sculptures, documents and art works that allow their visitors to get closer to the rich heritage and history of Tierra de Campos through a perfect dialogue among art, faith and culture. This is a territorial experience that not only enables a more in-depth exploration of the vast artistic heritage located within the museum, but also reveals the important touristic and heritage resources of the five town sites.

The Territorial Museum is here located in St. Mary’s Church, declared an Asset of Cultural Interest in 1977. Being dedicated to Mary, the Mother of Jesus, Campos del Renacimiento opens here its chapter entitled “Land of Mary”. 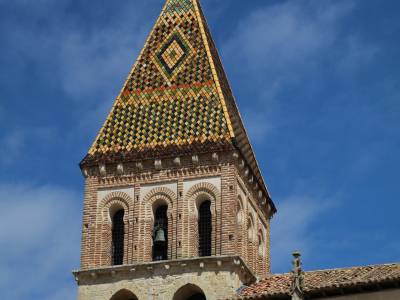 The second site of Campos del Renacimiento is dedicated to St. Eulalia. This second chapter is called “the Christ and his Church”. There, we can see one of the greatest treasures in our museum: The Kings of Judah, panel paintings by Pedro Berruguete. 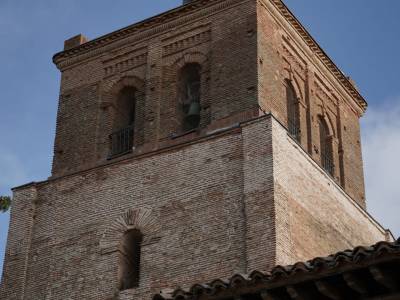 Our museum has two sites within this town. Our first stop will be in St. Peter’s Church, where we will find delight in several works under the common title: “Our Church”. Our next stop will be in St. Facundus & St. Primitivus’ Church, a place where a huge surprise awaits.

By the end of our tour, we arrive to St. Mary’s Church in Fuentes de Nava, a sixteenth century building that houses a myriad of art works. Among others, the Mudejar coffered ceiling stands out due to its flawless manufacture and extraordinary state of preservation.

Alejo de Vahía is one of the most mysterious master sculptors from late 15th – early 16th century. Born in northern Europe, he lived in Becerril de Campos, where he worked intensively and left a great number of works. Alejo de Vahía never signed his works, so his relevance has had to be reconstructed thanks to common details in his works and a highly personal style. Based on the repetition of certain basic geometrical patterns, his style made all his sculptures bear resemblances. The way he would depict beards and hair, structuring them in symmetrical waves that would leave a cup-shaped empty space under his characters’ lower lip, is also remarkable.

One of his most relevant works is the Eternal Father, in St. Mary’s Church in Becerril de Campos, a museum that houses the greatest collection of this artist’s works -23 sculptures. 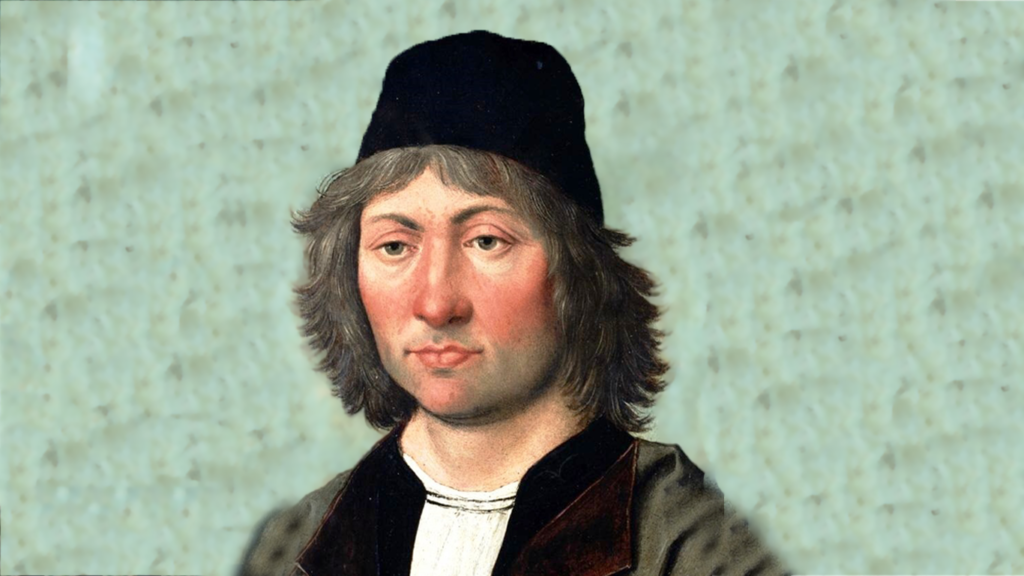 Pedro Berruguete was a Spanish painter born circa 1950 in Paredes de Nava, considered a transition artist between Gothic and Renaissance. After his education in Salamanca, where he probably studied under Gothic painter Fernando Gallego, he travelled to Italy, where he would work for his patron, the Duke of Urbino. While in Italy, he familiarised himself with Quattrocento’s main artists and techniques.

His masterwork is a series of portraits of the Judean kings, being particularly praiseworthy -because of their expressiveness and true-to-life quality- those of King David, King Solomon and King Hezekiah. This series is located at the main altarpiece in St. Eulalia’s Church in Paredes de Nava. 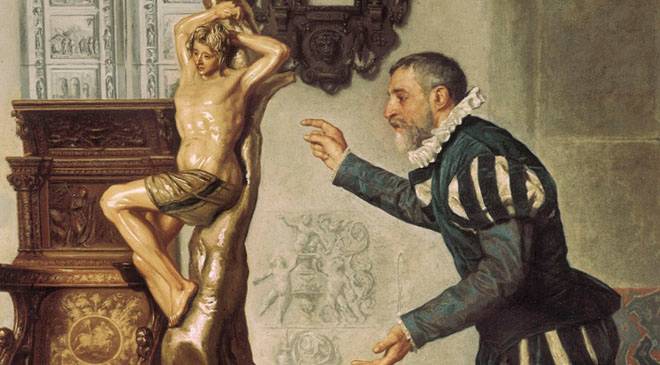 Alonso Berruguete, one of the main figures in Renaissance art worldwide, was born in 1488 in Paredes de Nava. Following in his father’s footsteps, Pedro Berruguete, he was educated in the arts since a very young age. In cities such as Rome and Florence, he got to visit the greatest works from Classical Antiquity and know the work by such great artists as Leonardo da Vinci, Donatello, Raphael or Michelangelo.

Back to Spain, he became Royal Artist for Emperor Charles V and was commissioned to build the tomb of John Sauvage in Zaragoza. He was also responsible for many great works, such as the main altarpiece in the La Mejorada Hieronymite convent in Olmedo, the main altarpiece in the Royal St. Benedict’s Church in Valladolid, the choir stalls of Toledo cathedral and the tomb of Cardinal Tavera.

In St. Eulalia’s Church in Paredes de Nava, this Renaissance genius has left us some pieces like the magnificent Calvary, on the top of the main altarpiece, or a Virgin with the Child. 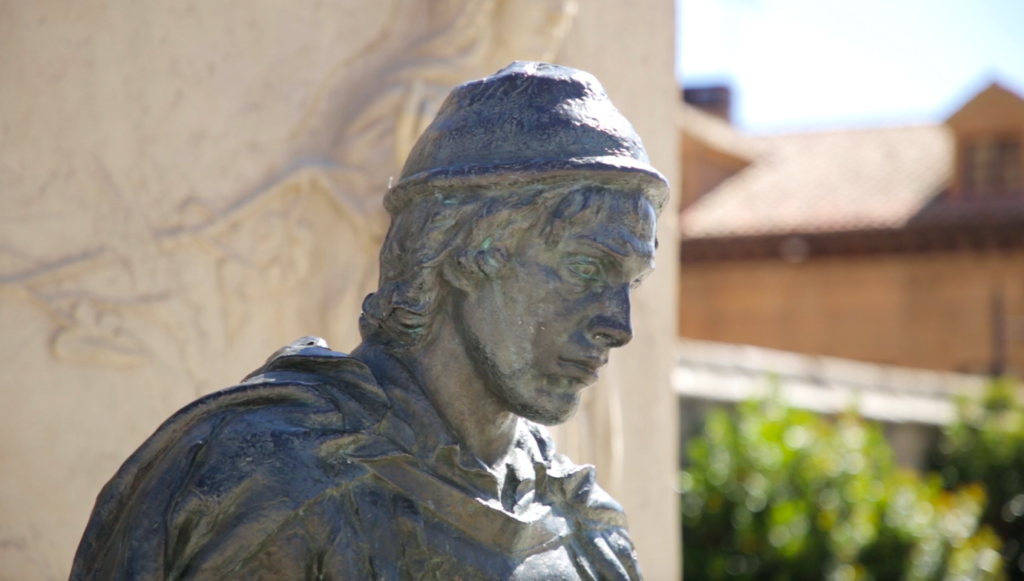 Jorge Manrique was born circa 1440 in Paredes de Nava. A child of the aristocrats Rodrigo Manrique and Mencía Figueroa, he followed in his father’s footsteps in the military. He would later also take up writing. Although his literary production was not very long, 50 poems have survived to the present day, which are typically sorted in three categories: love poems, mocking poems and doctrinal poems. In 1476, he wrote Verses on the Death of His Father, one of the most highly regarded eulogies in Spanish literature. 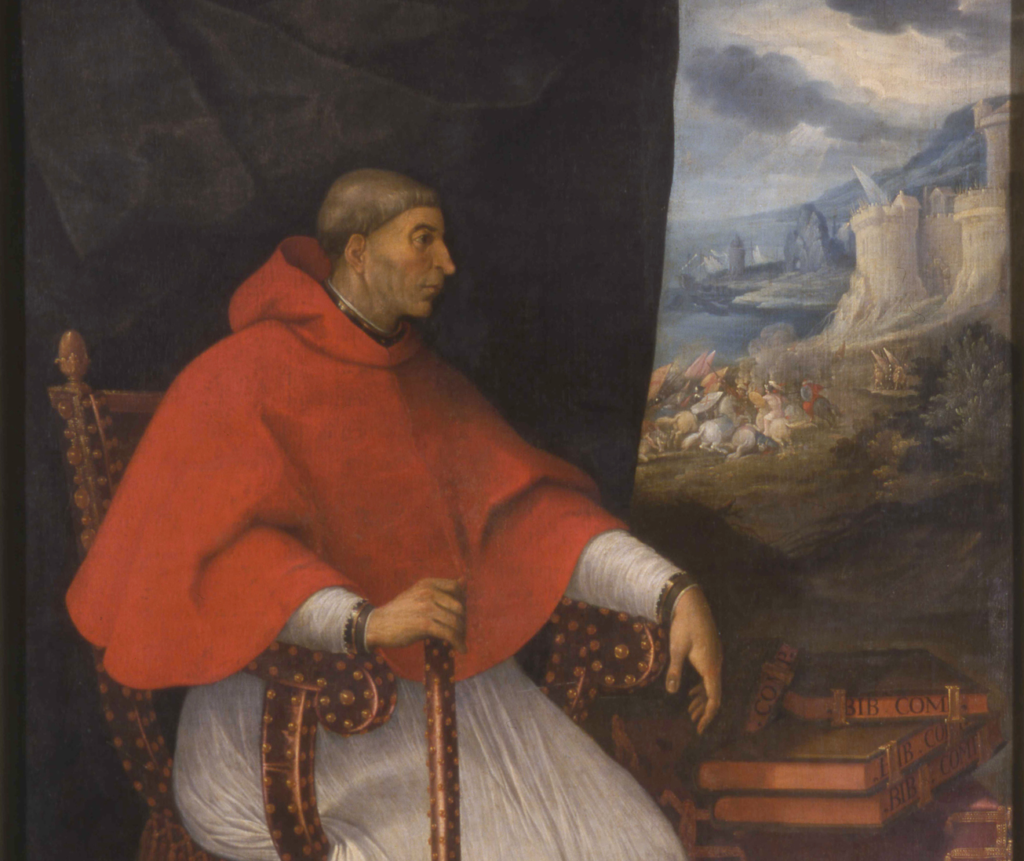 Francisco Jiménez de Cisneros was a Catholic Church’s cardinal and archbishop, devoted to the transformation of religion and the promotion of culture and knowledge. Born in Torrelaguna, his origin is nonetheless located in the town of Cisneros, Palencia, being the burial place for many of his relatives. Cardinal Cisneros studied in Burgos, Madrid, Salamanca and Rome, an education that led him to enter the Franciscan order and, later, to become Queen Isabella’s private Confessor and Provincial Minister. In that position, he was responsible for a deep reform within the Order.

Concerning culture, Cardinal Cisneros ran a number of great projects, like founding the first Renaissance University, the Universidad Complutense in Alcalá de Henares, or publishing the first edition of the Bible that included a translation into Latin along with their original languages. He is certainly one of the key figures to understand Renaissance and Spanish history.

Campos del Renacimiento is a cultural project by the Palencia Dioceses, managed by Fundación Las Edades del Hombre, launched in 2018 at the initiative of the mayors and parish priests from their four town-sites: Paredes de Nava, Becerril de Campos, Cisneros and Fuentes de Nava. It was originally set in motion thanks to the joint efforts by Palencia Dioceses and Provincial Government. This collaboration has been supported by Castille and Leon Regional Government and Fundación Edades del Hombre.